Hummer Park, formerly known as the "Fairview Avenue Picnic Grove," was renamed for the Board of Park Commissioners’ first president and Park District administrator, Otto H. Hummer. The Park District purchased three parcels of land between 1951 and 1956, which also became the site of the District's first offices, maintenance facility, and a community center known as the "Hummer House." The six-room house was later razed after the Lincoln Community Center was opened. A large, brick picnic pavilion with permanent restrooms and three built-in grills for summer cookouts was constructed in 1982, and remains the primary focal piece within the park.

Hummer Park is a highly visible and popular neighborhood park situated immediately northeast of the intersection of Fairview Avenue and Sheldon Avenue. During the summer months, the park is used for group picnics and Park District camps, mostly utilizing the large pavilion and open lawn areas. The large play area was recently renovated, with separate age-appropriate play areas. Two parking lots are located on site and can accommodate approximately 50 vehicles. Large mature trees and a meandering creek create an attractive natural setting for visitors. A large flag pole located adjacent to the pavilion was installed as a cellular phone tower, and provides a continuous revenue source. 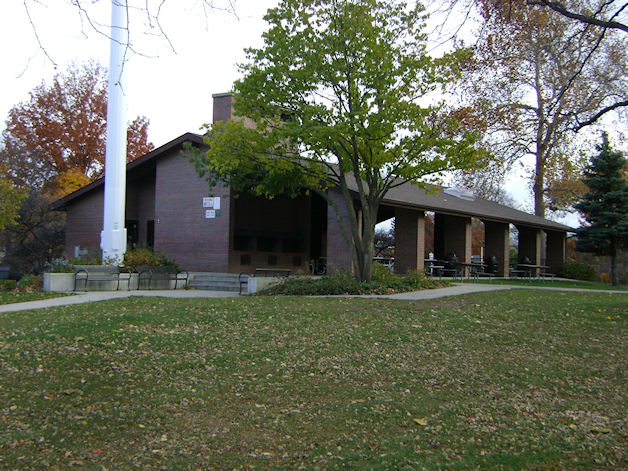 Dawn to Dusk except evenings when permitted lighted activity (operational, artificial lighting) is occurring. The park will close immediately after lights are turned off until dawn the following day. No person shall remain in the park unless a permit is granted in advance. Security lighting shall not be considered operational, artificial lighting.