In December of 1975, this park was officially renamed from Northwest Park to Hooper's Hollow in honor of William E. Hooper, for his service and dedication to the community. Mr. Hooper was a long-time resident involved in the formation and advancement of the Park District, including being instrumental in the acquisition of several parks. Over the years, the Park District has added playground equipment, pathways and site amenities to provide a variety of activities.

Hooper's Hollow is a large, rustic neighborhood park located immediately to the north of Chicago Avenue at its intersection with Cornell Avenue. The park rises steeply from south to north and has a creek running generally northeast to southwest in the southern section of the park. A wooden bridge spanning over the creek provides pedestrian access to the northern half of the park, where a .36 mile asphalt pathway winds its way to the north, connecting to Cornell Avenue at the north end of the park before circling back south and connecting to a Village sidewalk within the Chicago Avenue right-of-way. 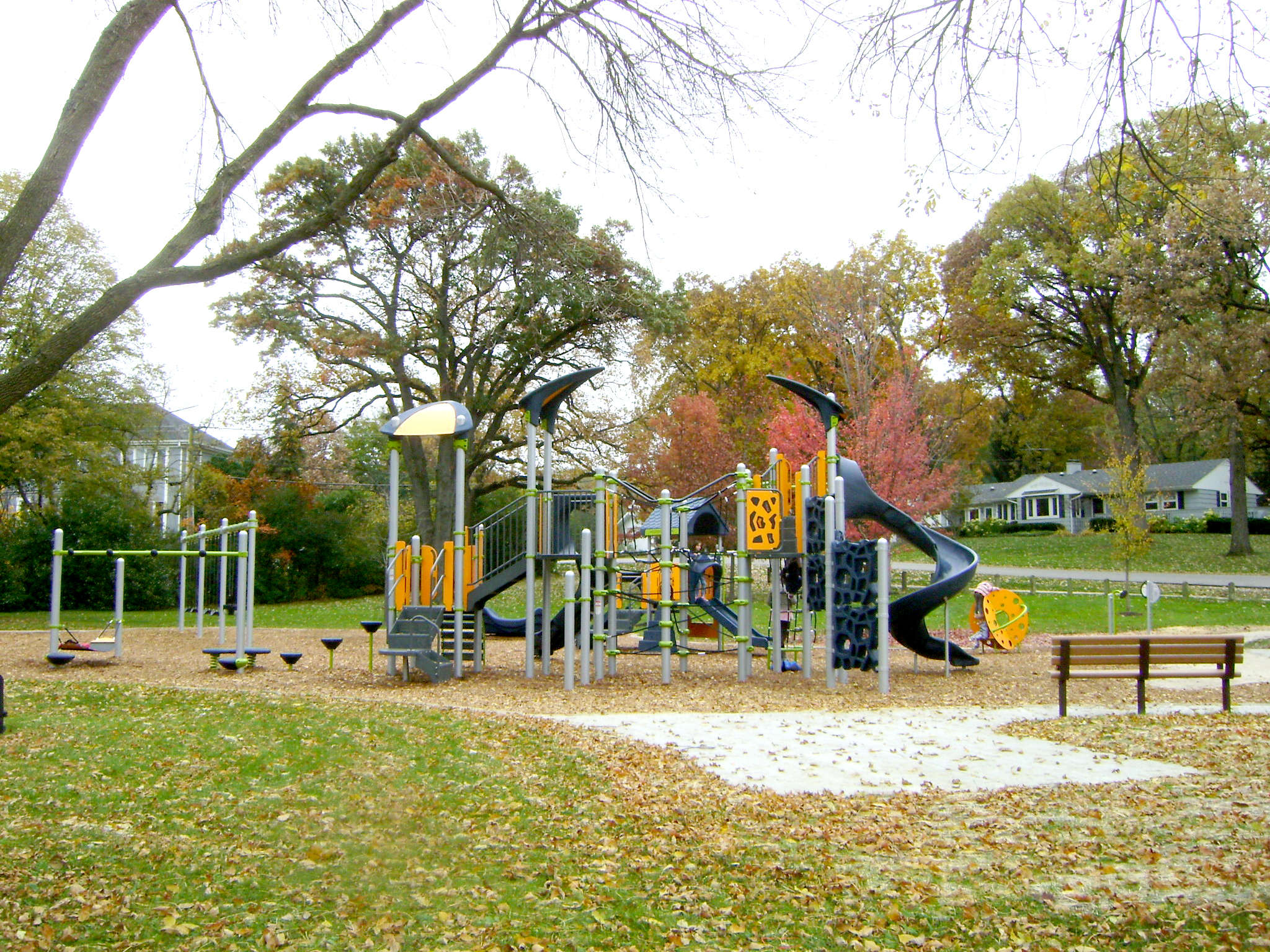 The new playground at Hoopers Hollow Park is now open for play!

The new playground amenities include:

A dedication celebration will be held in the spring of 2020. Stay tuned for details!

The Hoopers Hollow playground renovation included removal and replacement of the playground equipment and the wood mulch safety surfacing. The existing border was used to serve as the boundary for the new playground.

The original playground at Hoopers Hollow Park was installed in 2000 and had reached its life expectancy. Industry standards recommend that playgrounds be replaced periodically based on condition and compliance with changing safety and accessibility standards.

The old playground was donated to Kids Around the World, a non-profit that repurposes old playground equipment for children living in third-world countries.