Walnut Park named Gelwicks Park in honor of past commissioner 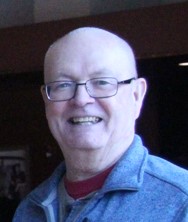 At the Park Board Meeting held on Nov. 3, 2022, the Downers Grove Park Board of Commissioners passed a resolution officially naming Walnut Park and Walnut and Burlington Park to Gelwicks Park and Belmont Prairie to Belmont Prairie at Gelwicks Park in honor of Robert "Bob" Gelwicks, who served the Downers Grove Park District with great distinction as a Park Board Commissioner and Park Board President. A dedication ceremony will be held in the spring of 2023 and will be announced at a later date.

During his 15 years of service from 2004 to 2019, Gelwicks lead the District through the renovation and expansion of numerous parks and facilities. He was instrumental in the acquisition of 14.8 acres of land north of the existing 4.8-acre Walnut Park, which expanded the park to 19.6 acres.

Gelwicks championed the partnership with the Village of Downers Grove in 2010 that resulted in improved storm water management and a modern park featuring stadium seating at the ballfield, playground, entrance fountain and soccer field. Under his leadership in 2012, the McCollum Park Infrastructure Project encompassing sports field improvements, concession and restroom facilities, picnic pavilion and the Veterans Memorial Pavilion was completed.

His strong commitment to technology to enhance residents' experiences and District efficiencies has resulted in a lasting commitment to modern networks, WiFi, websites, keyless security, online registration and digital applications. In 2018, recognizing that improved technology existed, he advocated for new "Cool Play" artificial turf to be installed at Doerhoefer Park.

The 2012 partnership with Downers Grove Heritage Alliance, of which he lent significant support, led to the acquisition, restoration and public education opportunities at the 1846 Blodgett House. His strong commitment to preserving the history of the Downers Grove Golf Club (now Belmont Golf Club) while ensuring a modern and vibrant golf experience, he supported the construction of a state-of-the-art all-season, 10-station driving range shelter.

Through his unselfish service as a leader for the development of recreational facilities and programs, he significantly contributed to the enrichment of the lives of young and old. His contributions provide an enduring legacy for the present and future generations of residents.