On Jan. 17, Governor JB Pritzker announced $29.7 million in grants for 85 local projects which will help communities acquire open space and develop and improve recreational facilities throughout Illinois. The grants are funded through the state’s Open Space Land Acquisition and Development (OSLAD) program, administered by the Illinois Department of Natural Resources (IDNR).

The Downers Grove Park District has been awarded a $400,000 OSLAD Grant to develop new amenities and renovations at McCollum Park. The project will include a new sprayground, renovated tennis courts with LED lighting, renovated concession plaza, new park shelters and the resurfacing of the existing asphalt perimeter pathway. The District is now ready to proceed with Design Development, which will include selecting the specific equipment and making final design modifications. Construction will begin in early fall of 2020 and the improvements will be finished in 2021.

The OSLAD program can provide up to one-half of a project’s funds. When combined with the investment of local matching funds, the grants announced today will support more than $56 million in local park development projects and land acquisitions statewide. The OSLAD program has invested $403.2 million in 1,729 local park projects since its inception in 1987. The program receives dedicated funding from a percentage of the state’s Real Estate Transfer Tax. 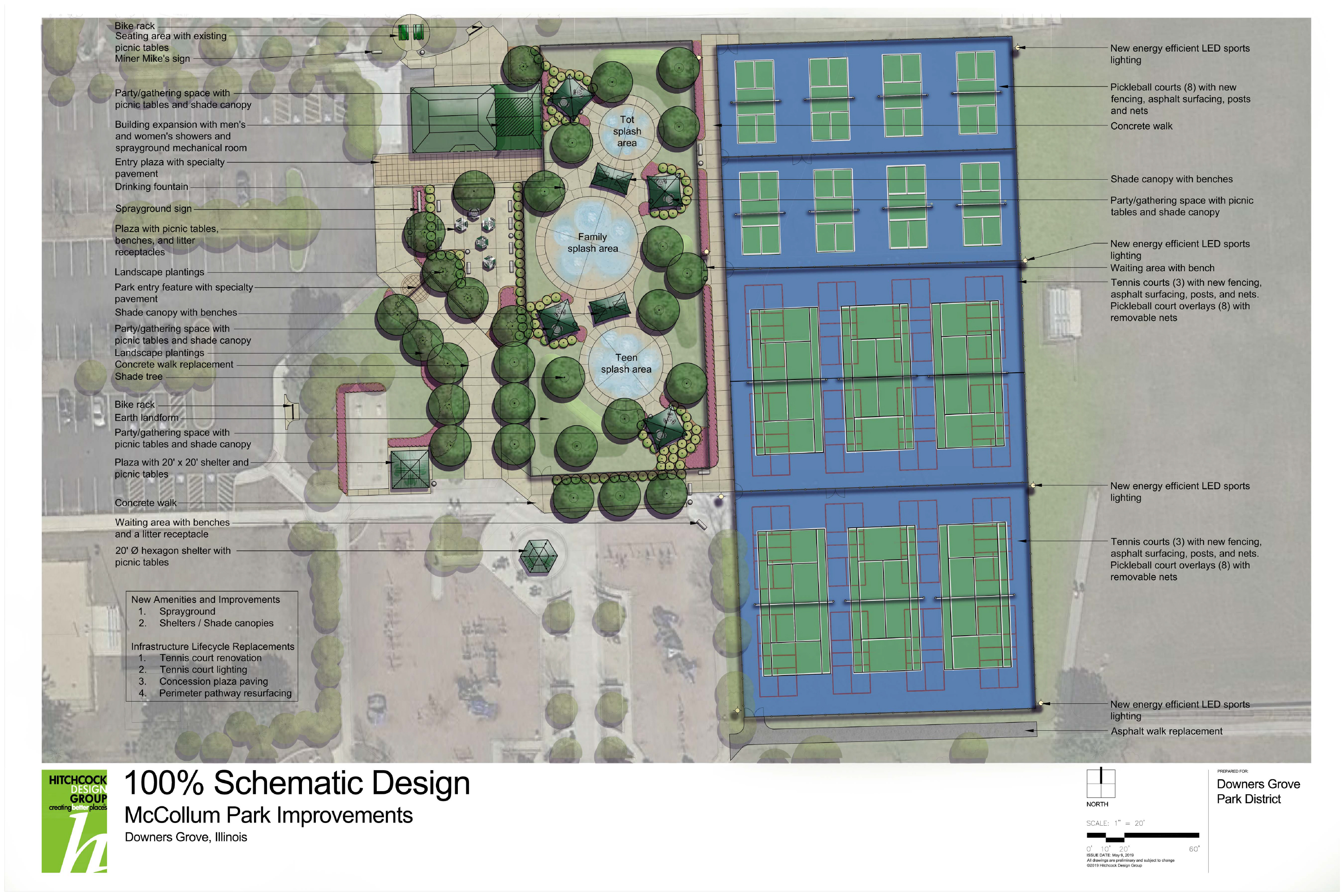