Prince Pond, previously known as Grove Lake, was first constructed in 1892 as part of the E. H. Prince subdivision that surrounds it. In 1894, a season ticket for ice skating at the Grove Lake Skating Pond could be purchased for $1 for children 10 years and younger. By 1932, the pond had built up sediment to a point where it was becoming a swamp. Because of this, it was excavated and reshaped into its current form, and the shelter at the north end was constructed. In 1936, the same year as these renovations, Mr. Prince donated the pond and shelter to the Village of Downers Grove. It was later bought by the Park District in 1948, two years after the District's inception. Because the pond was losing several feet of shoreline every year due to its freezing and thawing, the Park District later dredged the bottom again and added large boulders and stones around its perimeter in order to reduce erosion. In addition, play equipment, lighting, and walkways were also added as part of a renovation in the 1980's.

Prince Pond is situated immediately south of Franklin Street between Linscott Avenue and Parkway Drive. The park is dominated by the picturesque charm of the small Prince Pond surrounded by mature trees and native landscaping. The area immediately north of the pond has a playground, a shelter, benches and picnic tables. In winter, the pond becomes a popular location for ice skating, and is used by neighborhood kids for informal hockey games. 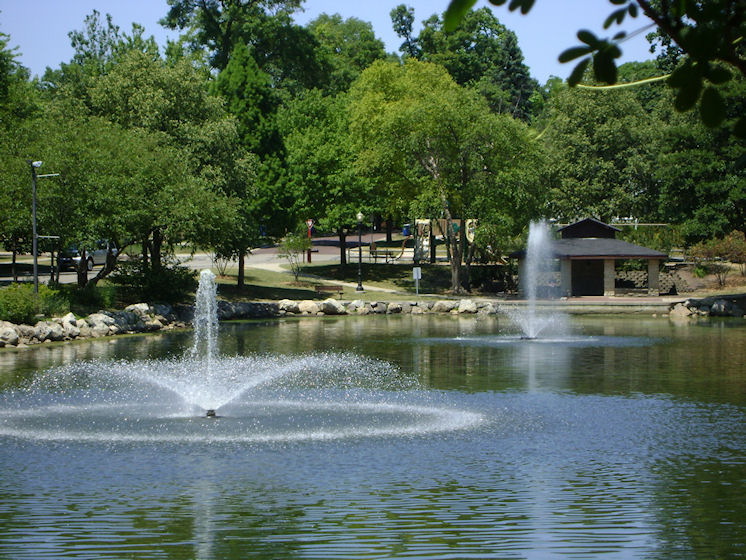 Dawn to Dusk except evenings when permitted lighted activity (operational, artificial lighting) is occurring. The park will close immediately after lights are turned off until dawn the following day. No person shall remain in park system unless a permit is granted in advance. Security lighting shall not be considered operational, artificial lighting.

The park improvement project at Prince Pond was completed in June 2021 and included the dredging of the pond and shoreline improvements.