This large community park is located on the south side of 55th Street, west of Fairview Avenue. The 5.8-acre Barth Pond was constructed in 1978, as a joint venture with the Village of Downers Grove. The pond was originally developed to serve as a storm water detention facility, but also serves as a popular fishing spot.

There are two parking facilities within the park conveniently located on the east and west ends, just off 55th Street. In total, the two parking lots can accommodate up to 80 vehicles. The western parking lot primarily serves a large playground, with includes separate age 2-5 and age 5-12 play areas recently renovated to comply with ADA and CPSC standards. The eastern parking lot serves a passive area that contains a picnic shelter with tables and access to the eastern shoreline of Barth Pond.

In April 1976, as part of the nation's bicentennial celebration, the 55th Street park site was voted to be named Patriots Park to honor the men and women who have won and kept our freedom. In the same vote, the pond located within the park was named in honor of Richard Barth, a police officer who was killed in the line of duty only two years before. A commemorative plaque honoring Officer Barth is located adjacent to the playground at the west end of the pond, and each year, the Downers Grove Police Department holds a memorial ceremony at the park.

In 2011, the Park District completed a shoreline improvement project, which included removal of a deteriorated steel seawall, and replacement with stacked limestone and native vegetation. The project also included upgrading the existing gravel pathways to hard surface, and adding a new section of pathway along the north edge of the pond, creating a 0.45-mile paved loop walking path around the entire pond. In 2014, the Village of Downers Grove funded the dredging of Barth Pond to remove silt and sediment that had accumulated since its initial construction. It is estimated that the dredging will remove 2-3 feet of sediment from the pond bottom. 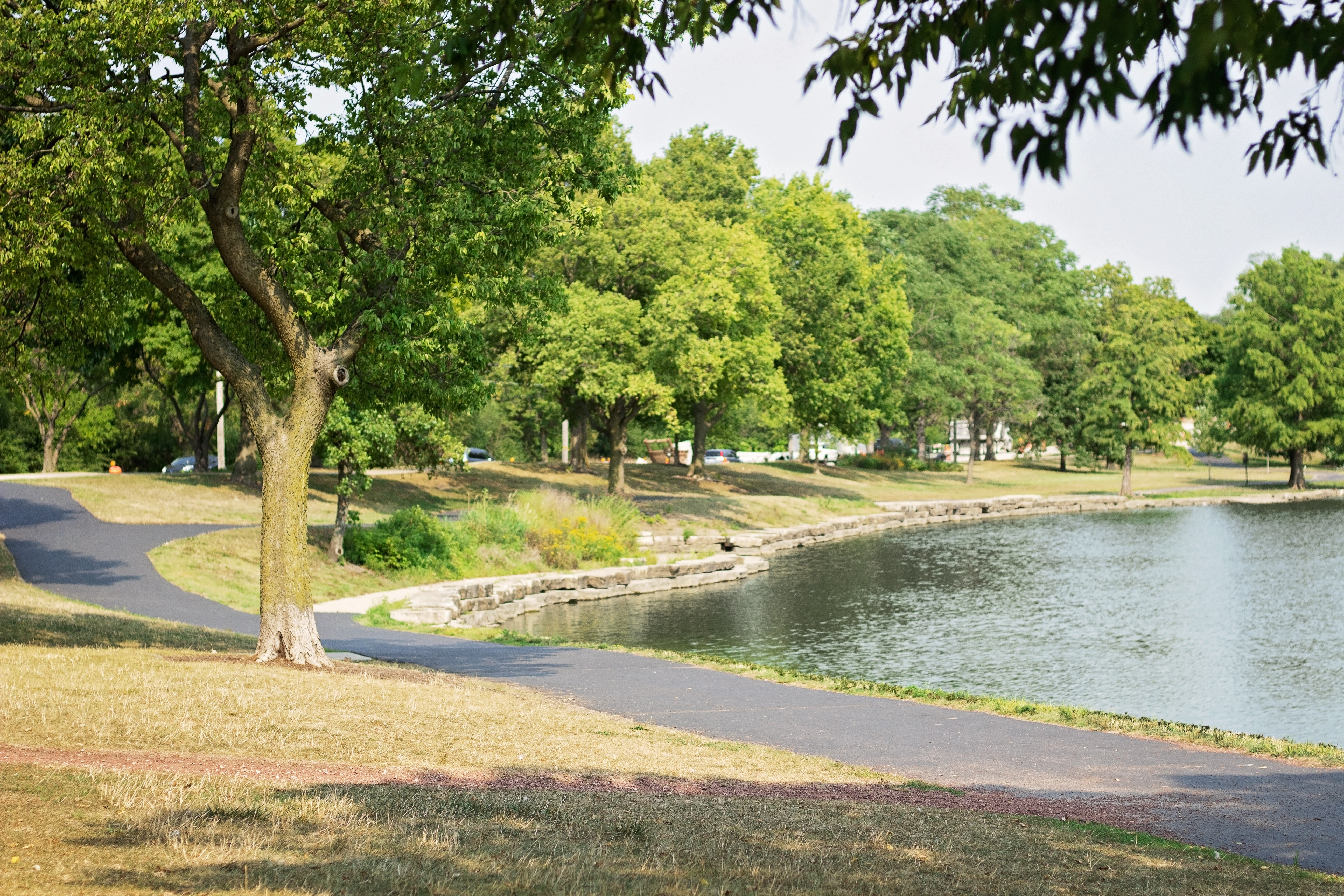 No improvements are currently planned for the upcoming construction season.